If You Don't Think Language is Awesome, Listen to Pinker

I pulled out an old copy of Steven Pinker's Words and Rules recently.  Steven Pinker is a bit of a rockstar of modern linguistics, and his books on language are witty, insightful, and readable.  The introduction reads, as with all of Pinker's work, charmingly and convincingly:

"This book tries to illuminate the nature of language and mind by choosing a single phenomenon and examining it from every angle imaginable.  That phenomenon is regular and irregular verbs, the bane of every language student."

Something about the phrase, "examining it from every angle imaginable" is so true.  In language, science, and academia, we break things down and analyze aspects of a certain subjects (here, for Pinker, verbs) until we know so much about a very small subject.  More in the introduction by Pinker:

"At first glance that approach might seem to lie in the great academic tradition of knowing more and more about less and less until you know everything about nothing."

This is a great idea.  We analyze things to death.  We know "more and more about less and less until you know everything about nothing."  Something about that idea charms me especially in the study of phonics or verbs, both of which I find fascinating. 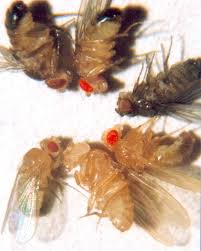 And just a bit more from Pinker, mostly for Mike and Randy: "Seeing the world in a grain of sand is often the way of science, as when geneticists agreed to study the lowly fruit fly so that their findings might cumulate into a deep understanding that would have been impossible had each scientist started from scratch with a different organism.  Like fruit flies, regular and irregular verbs are small and easy to breed, and they contain, in an easily visible form, the machinery that powers larger phenomena in all their glorious complexity."


Words and Rules is a good read, but if you have the hankering to get into some Pinker, check out The Language Instinct.  That's my favorite of his so far.


One more thing: there's a few great videos with Pinker online, including some when he shows up on the Colbert Report.  Here's one: