I'd like to give Forge Followers an update on my first Press-publishing journey that began earlier this summer and has populated some of my posts (see: Keys to the West and Interstate Standstill). Just a quick refresher, I was approached by a new publishing company to write a fictional story on sexual relations, or the lack thereof, from a gay man's perspective. The story should reveal particular self-centered disadvantages, of sorts (pathos), must be humorous, and should be sexual -- but not graphic.

Have I met the requirements? We shall see.

Tentatively titled Interstate Pan (referring to the original Greek God who holds special meaning to the main character), the story centers around an odd character who actually sprang forth from the left eye of Scandinavian Goddess, Heather McGrail. Even the setting and parts of the premise came from a conversation she and I had sometime in the summer that was, well... I was both amazed and red-faced at what she suggested. Gurl? Really?!

I am proud to say that I fully adopted who I now call Joshua, and that I have finished the first draft of Joshua's story regarding a particularly bizarre meeting with a man named Trucker Dee. Joshua is a prostitute who started out life studying Greek classics but ended up tricking a lonely stretch of highway across Missouri, with no other interests in life but to breathe and exhale while the world literally changes around him. For his part, Trucker Dee has accepted the changing world and has modified the role that he plays as one who picks up prostitutes such as Joshua. How do the two of them make things happen on their way to Springfield, Missouri?

Just this week, I sent the story on to the publishing company for review and, hopefully, an opportunity to revise Josh and Trucker Dee's journey and then released to the world. Realizing that any word and sentence submitted are up for modification, I cautiously give you the byline -- and nothing more:

Joshua is an aging Lot Lizard working the I-44 circuit in Missouri who is coping with a rapidly changing, digitized, dating app flooded, and millennial controlled world of sex that is effectively stealing the fruits of his labor. While society has grown up and even transformed, Joshua has remained woefully stuck in his own, self-imposed world of limp.

If and when the story is published, I'll post the link to the actual book on Amazon along with my final thoughts on the whole process. I can then reveal a bit more on the story and why I hold it closer to my heart than what I have yet revealed.

I know in my head that honest to goodness business reasons exist that might lead to my story's REJECTION: the readership's tastes, the overall mood of the theme, the story's structure, scenes so disturbing that they could encourage a coup of Cheetos proportion. Yet, how could I deal with that terrible, capitalized word, REJECTION?

Maybe just a day spent wallowing in pity will do the trick. Or, a protracted, weeks long tongue-swearing Earl Grey tea binge. I just don't know since I haven't experienced rejection before. Well, regarding publishing material, that is. Ha!

Rejection is part of the writer's journey, right? Yeah...What I DO know is that I like what I wrote, and I am fully open to the possibility that my story may not fit a publishing entity's theme or audience. In the very least, I already knew before I sent in the first draft that Joshua's story needed reworking. Every author needs to revise their work. Period. And so it goes...into the hands of others.


"Literature should not disappear up its own ass----, so to speak." Kurt Vonnegut 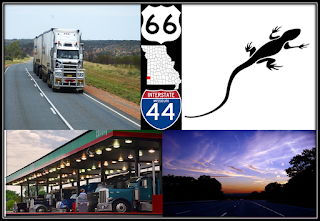 Posted by Randy Wireman on November 19, 2016
Email ThisBlogThis!Share to TwitterShare to FacebookShare to Pinterest
Labels: Wireman