As is usual for me, and writers in general, I am taking a break from writing a currently inspired story to rework the bones of a long-ago, “I’ll get back to this later” story.  For the last three weeks, that story has been Ken Kerr.

Yes, that Ken Kerr. The story that has been established, explained, exposed, and evoked in several of my e-posts. (I really should leave alliteration to the pros.)

As I have described so elegantly (!) before, Ken Kerr takes place in the late 18th Century in Northern Ireland and is set around a Manor - or Ken - of a family Kerr. The manor is fictional, but not so much the events that led to the Kerr family's loss of standing and prominence in Northern Ireland. The Kerr family and their nearby villagers of County Antrim blame their loss of fortune, both in crop (Flax, in the case of Kerr) and jewel, on the English Reformers/invaders throughout the last century. And when a young Englishman, Lord Robert Tyler, comes to administer over his father's recent purchase of the Ken Kerr estate (upon the death of the heavily indebted lord)- and when said Englishman befriends young (handsome) Lord Hugh Kerr and his sister, (the lovely) Lady Ceara, of Ken Kerr; well a couple of sparks ignite a conflagration - of sorts – and a seriously flawed, if loving, triangle of needs and wants is borne. And dies?

Yes, that Ken Kerr. The story that I contemplated way back when and wrote of its “CRIS: Critical Reviewer-Invoked Shakedown” aftermath in my April 24th, 2013 post, Revising in 4-D. This is also the post where Professor Heather described the story as rich, condensed soup that needs a good mix of aqua. Or, was it gin?

Yes, that Ken Kerr. The story whose very own Mary Blevins -- the ‘one household cook and maid’ of Ken Kerr and devout Catholic whom I have devoted two posts…because Mary Blevins knows her perspective is most important and too important to be ignored. Mary’s righteousness is so absolute that she sees fit to poison her new Lord, the Englishman, Robert Tyler. With a twist, I tried to make her assassin attempt humorous, if darkly so, as I wrote in my October 21st, 2013 post, Welcome the Haws. (All she had to do was leave the mint and sage out of the poisoned bowl of stew, right? Or, maybe the haws altogether? Silly Mary!)

Yes, that Ken Kerr. The story that had Mary Blevins seething in my January 1st, 2016 post when she witnessed her young Irish lord -let’s just say, fooling around with that heathen Englishman in, A New Year that Must Never Come.

Yes, that Ken Kerr. The story that in May 21st, 2017 finally looked like it was about to be reworked from inside out with electron microscopy and new computations to smooth the space-time temporal fluctuations, Jealousy.

So, a lot has been articulated about this story since 2013. Where is it, you ask? Where’s the damn book, you demand?

On its way, I squeak?

On it’s way to CRIS, part 2, in May, and with several structural changes and less repetition and thinner, more appetizing soup, er—whatever pottage delight the Irish would love and tragically kill in the heat of the moment!

So, hang in there, Forgers. Tragedy is on its way! 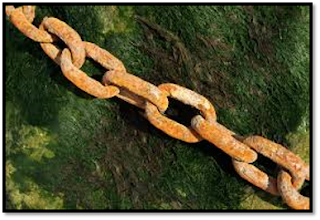 
He discovered that his head now rested against his hand – his cheek pressed against his cold hand – and, he felt nothing but a hint of warmth in his face, as if the warmth was an afterthought; as if the heat was only the slender flame of a candle. He bent his knees to ease the pain in his lower back. The gulls called and alarmed themselves with every clank of the chains against the stone, and their incessant squawks made uglier the night’s passage and poisoned his lovely thoughts.
Somewhere up there. They wait.
He searched the cavern for the gull ledge, but could distinguish no outcropping as the continued hideous echo of their squawks made moot any truer perspective. Still, he imagined the things lined up; fat things, needle-beaked things; devilish things looking down on he and Lord Kerr; looking down on his Lord Kerr…and waiting for his body to break in pieces by the sea. They were filthy creatures, these perceptive beasts, and as filthy as their banquet. They were dumb and they were jealous beasts; most jealous of the true hunters -- the ravens -- that searched the fields by these waters; jealous of the black bird’s knack of patience, of reasoning – and most of all, cert. This, he always knew; and since childhood, he understood the gull paled in brilliance with the common black bird of England. The raven, he knew, was the most educated of birds. The gulls: dumb; and their foolish behavior made dumb by choice. They annoyed him. He used to throw stones and sticks at them when carrying messages from his father to the field workers. These ugly flying sea-rats had no place in the middle of England – yet, there they would pest his family’s fields!
They are filthy things, the gull; these most annoying of creatures. These lesser beasts; these lowest of any and all of God’s creatures! Yet, the raven was king. The black birds earned the entitlement to scavenge Man’s grain, for they toiled the long days, too, and they smartly planned their hunt betwixt the dangers. Not the gull. Not them. Not those hideous sea-rats!
And to think them -- of all creatures? They will inherit the morning…and take wing.... “Whilst my Hugh…my Hugh will be reduced…to the sea?”
The beasts did not respond to Lord Tyler’s mumbled question. In fact, their clamoring did still.
They will witness…another sunrise? They…will thrive along these wicked rocks…. “Whilst a Lord…be reduced to the sea?”
How he reviled their existence! How he hated them as much as he hated this sea! How he hated their calls; hated their song; hated their inherent freedom! What justice dare grant such dumb beasts the morning light? And, grant no equal for a Lord? And the sea; it will still churn like so? Yet, not Lord Kerr?
And the froth, it…the froth?
The froth of this seawater as it lathered the rock ledge; he hated it, too. And, too, he hated its slosh, for it was mocking. Mocking! Yay, this tide will rob Lord Kerr’s shell in hours’ time, whilst the froth does lap at his knees; whilst those squawking things – they…?
“What justice is this?”
The gull shall live for another day?
It is to them, life remains like so, and they – when the sun rises, they together with the sea, like chortling devils; they --!
“I will tell you what lay betwixt you devils and us!” He spat as loud as his lungs could still muster. And the birds did cry and squawk as Lord Tyler reached up into the darkness as if to break their necks; looked back and forth from ledge to his friend’s bent, shadowy figure as if Lord Kerr might support his case and join in squeezing the life out of the gulls and their filthy bodies.
“We…!” He searched for his friend’s stirring locks, as if Lord Kerr’s locks may do him confirmation if the Lord himself could not.
“We are men!” He yelled at his friend’s corpse – as if his friend….
He leaned against the wall of rock – worn down by his own eruption. A single gull did call with the racket of the chains. He searched the ledge, wearily. He searched the ledge for hints of the gull. The blackness of the ledge released no further squawk; no further bustle did the ledge hint, as if no thing dwell up there.
The hollow then fell into stillness, as if to match his weakening…his loss of fight. Even the waves failed to slosh so wickedly at the moment, and so Lord Tyler confirmed his friend’s locks were dispelled, too, at the moment – a discovery that disheartened him, and it all too glum.
The calm lulled him to half-sleep; and the sadness granted him dreams naught.

Posted by Randy Wireman on April 14, 2018
Email ThisBlogThis!Share to TwitterShare to FacebookShare to Pinterest
Labels: Wireman