In my last post, I discussed how our writing group has grown over the last year--probably because we are now online and not meeting in the 'hood in downtown Indianapolis.

This leads to another "difficulty."  I use this term loosely because this is not really a problem--more of a hiccup.

Previous to the 'Rona, when new members joined, we would take a few minutes to review the writing group guidelines, once a year or so.  The guidelines are not extensive, but they are loosely based on the Iowa Writers' Workshop.  Our previous noble leader, David Hassler, defined our guidelines and put them into practice.

Please indulge me.  This was one of David's favorite quotes. 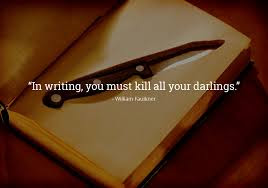 In the last year (as mentioned), we often have had new members every meeting.  New members receive a copy of the guidelines, but I do not recall discussing them as a group in some time.  The online format and larger group size cramps time, so we do not have time to go over the guidelines.

Perhaps I am a little too type-A.  I like my rules.

We have had several submissions with 10-point font or single-spaced.  They are within the page limitations, but because the guidelines are 12-point, double-spaced, the submissions are much longer. 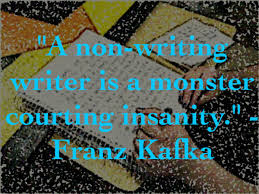 Also, with the larger group sizes, the submissions become almost a "competition" to get reviewed.  I do not like this.  For one thing, our group has seen many members join our group long enough to have their novel reviewed, and then we never see them again.  Also, the new members are often more anxious about having their work reviewed, but reviewing can be more important than having your work reviewed.  Sometimes, too, the newer members do not seem to put much effort into reviewing others' work.  This gets lost in the larger groups and with the competition to submit--often the same people submit, and the older members do not submit to stay out of the "scuffle."

Now into the grit.  Some of our guidelines are about the discussions.  Again, we are based on the Iowa Workshop, so the writer whose work is being discussed is to remain silent, and each critiquer is allowed a turn to speak.  Over time, we have allowed the writer to ask questions and respond.  Mostly, this has been fine.  In the last months, a few writers have taken this time to defend their writing and explain what they are trying to write.

Mostly, I can't listen to this for too long.  Recently, I stopped a writer who was explaining what her main character was thinking and doing.  The writer has done this before.  I tried to gently say that this was not coming through on the page and she should not explain this but write it.  She continued to explain, and again, I said I would rather read her next draft than for her to tell me what she intends for the character to do.  She started explaining again. 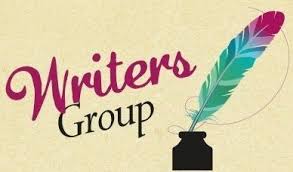 Randy says that critiquing is a little like volunteer work.  We spend lots of time reading and reviewing others work for no money.

I think this is funny, sort of.

Mostly, this is true.