The Correctness Problem: Grammar for Writers

I am no Grammar Nazi.

Beginning any discussion about grammar always seems to beget a sense of rules and stipulations and crazy obedience and conformity.

That is not the way human linguistics work.  I'm going to suggest that the English language is especially so.

The English language has a history of stealing from other languages.  Our irregular verb tenses reflect the conquering and conquered peoples in the (relatively) short history of our language.  Our vocabulary continues to expand, using roots and entire words from other cultures and languages. 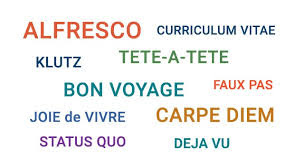 But that is the thing about languages.  They don't stop changing.

In the last twenty years, the noun "text" was altered in our language, and then, almost as quickly, it became a verb.  The word "kimchi" still sounds foreign, but English has adopted the letters to fit the word, just like "wasabi," "wok," "babushka," "vodka," or so many other words.

And what of correctness?

This is a strange and sticky subject.  The "rules" we learn in school are haphazard and variable.  For every rule we study, someone else follows an exception.

Spelling: gray is grey.  Theater is theatre.  Which is right?

And again, study a few pidgins or dialects, and you find that people on one side of the Mississippi "dived" and the other side "dove."

Travel a little farther away, like to Central America, and again the differences are pronounced: 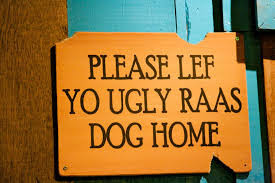 Here's one more example to show how awesome and different Belizean is:

Before I get too carried away (too late?), the point is to understand language and rules.  Appreciate how people use words.  Words are powerful, but meaning is more powerful.